It's no secret that team dynamics play a major role in workplace happiness. But while most leaders, especially those in small businesses or startups, try to create a very close-knit group, they’re ignoring a crucial component of employee satisfaction: boundaries. Boundaries are essential for keeping every member of the team happy and productive.

Without boundaries, the ability to focus and prioritize falls by the wayside in favor of a more social environment where few are able to actually meet their goals.

This is a problem for any company that values excellence, but it’s an even bigger problem for small businesses or startups that require everyone to wear numerous hats.

Leaders in these types of enterprises who set clear boundaries within their teams encourage environments that prioritize team members’ needs and allow the business to thrive.

The Problems of a Boundary-less Workplace

While any organization can encounter problems with boundaries, small businesses and startups face unique challenges.

For one thing, the intimate atmosphere and the need to firmly position themselves in the marketplace means that employees of such companies are often torn among multiple directions and demands on their time and attention. From constant social distractions to never-ending emails to projects that filter across departments, which are themselves ill-defined, these extemporaneous tasks can derail productivity and worker engagement.

In addition, the need to accomplish a lot with a small team or limited resources often leads to a lack of prioritization and blurred job roles. Employees who are unable to complete or even identify the day’s most important work feel more dissatisfied and overworked, eroding team morale and causing conflict.

By setting clear boundaries within their teams, leaders foster autonomy and reduce multitasking, which most workers are terrible at anyway. In fact, only 2 percent of individuals, known as “supertaskers,” are actually capable of completing multiple jobs simultaneously.

When people think they're multitasking, they're actually switching from one project to another for a few minutes at a time, preventing a mental state known as “flow" during which one is totally absorbed in his work. In order to amplify productivity, leaders need to structure their organizations to foster flow, and because boundaries lead to less multitasking, they inevitably enhance flow, increase productivity, and render happier teams.

How to Set Boundaries in a Business

Setting effective boundaries doesn't mean erecting cubicles or shoving everyone into a separate office. But it does mean that small business leaders and entrepreneurs need to create an environment where everyone’s needs are met. Try following these four steps:

1. Identify Where You Need Boundaries.

First, allocate some reflection time for your teams. Have them consider — through anonymous surveys or jotted notes — where they feel their work lines are blurred; where and how they're being pulled in different directions; whether their roles seem clear; and whose roles they don't understand. Encourage team members to be as specific as possible and to identify both the physical and the psychological or emotional boundaries they need.

Once team members have identified where they need boundaries, make a list of the top five areas where defined lines could be most useful to everyone — such as devoting a portion of every day to individual work — and collaborate with your team as you implement them. Also, because you won't be able to accommodate everyone's desired boundaries, encourage team members to speak up — politely but firmly — when they simply can't be pulled into other projects or need some space. One of the greatest strengths an employee can have is learning to say “no," so encourage your people to be more vocal about what they can and can't undertake.

Even with these macro-boundaries in place, have your team members establish daily micro-boundaries by writing out a schedule that outlines their big goals, any meetings they have, and other role-specific responsibilities. Then have them assign start and end times to these tasks, and encourage them to stick to that schedule. Technology tools like Toggl are great ways to help your teams do this, as they can track how much time you spend on specific tasks. Finally, a schedule can help everyone remain accountable to themselves and others, as team members can simply refer to it if someone tries to overstep their boundaries.

4. Understand That Boundaries Will Be Breached.

Just because someone sets boundaries doesn’t mean he'll never be asked to step outside his role. Especially in a small business environment or startup, this breach happens, because everyone has to pitch in during busy times in order to keep operations running. Because boundaries have been established up until this point, though, team members will be more willing and able to help, maintaining the collaborative atmosphere needed in such an intimate workplace while also ensuring larger-scale autonomy.

Though it can be an uncomfortable process, small business leaders and entrepreneurs who set boundaries create more positive team dynamics. Not only do they increase their teams' abilities to focus and prioritize, but they also make everyone happier and more productive. A truly close team isn't a co-dependent one; rather, it's one that respects the individual needs of each member and ensures success by putting up some walls. 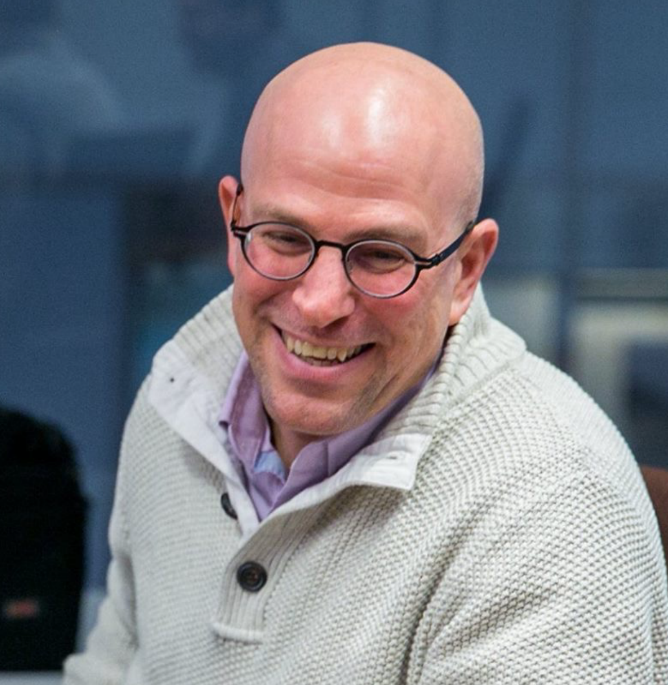 Ari Rabban is the CEO of Phone.com and a veteran of the IP communications industry. Ari was named among the Top 20 Most Influential People in VoIP 2012 and currently serves on several boards, including the New Jersey Tech Council.

How to Encourage Work-Life Balance in Your Small Business

With a few simple adjustments, you can make the quest for work-life balance a little easier for the team that keeps your small business running. Read more

To help you find your balance, I’ll share 4 tips based on my own experience in managing my work and family obligations. Read more